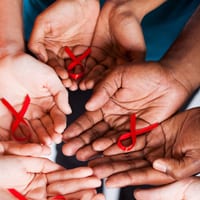 In collaboration with Drs. Laura Bogart, Jack Dovidio, and David Williams, I developed the Stigma and HIV Disparities Model to describe how societal stigma related to race and ethnicity is associated with racial/ethnic HIV disparities via its manifestations at the structural level (e.g., residential segregation) as well as the individual level among perceivers (e.g., discrimination) and targets (e.g., internalized stigma). The model adopts an intersectionality framework by conceptualizing interdependence among other socially devalued characteristics that racial and ethnic minorities may live with (e.g., HIV, sexual minority orientation). We further proposed a resilience agenda and suggested that intervening on modifiable strength-based moderators of the association between societal stigma and disparities can reduce disparities.