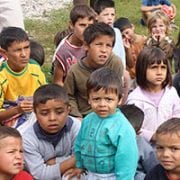 What did we already know?

Since our first day of preschool, teachers have been pounding the same saying into our brains. My elementary school even had these words written in huge letters in the cafeteria:

“Treat others the way you would like to be treated.”

We sat through countless assemblies lecturing us on the importance of being an ally instead of a bully and why we should always stick up for people if they are being victimized. Teachers endlessly reminded us of this because “you wouldn’t want to be sad so don’t make other people feel sad.” But what we didn’t really understand was that bullying has the power do much more than just make someone sad.

What else is there to know?

Drs. Lisa Rosenthal, Valerie Earnshaw, Jeannette Ickovics, and several other researchers from Yale University and New Haven Public Schools wanted to find out if kids who are bullied experience negative health effects. They used data from a longitudinal study, meaning that they recruited participants and collected data from the same participants at multiple time points. The study began in 2009 when they recruited 644 fifth and sixth graders from 12 public schools in New Haven, Connecticut. Students were asked to rate their emotional symptoms and their health in general. In addition to survey questions, physical measurements such as height, weight, and blood pressure were also taken. Two years later, when the students were in 7th and 8th grade, they completed the same procedure. This time, they also answered questions about bullying, including “How often have you been teased or bullied about your weight?” and “How often have you been teased or bullied about your race/ethnicity?”

The researchers used regression analyses to analyze their data. This is what they found:

Why does this matter?

This research shows us that bullying due to race and weight could have consequences for emotional and physical health. We’ve always known that bullying is bad, however, we didn’t know that there were such strong associations between bullying and worse physical health outcomes. This data shows us that we need to continue to study this phenomenon to see what else we can find about the effects of bullying. It also makes it clear that we need to step-up our game when it comes to bullying prevention in schools. We might be trying to prevent it, but we clearly aren’t doing a good enough job.

This study shows that bullying might be doing more than just making kids “upset” and professionals need to take action to prevent more students from experiencing both the negative emotional and physical health outcomes that are associated with being bullied.